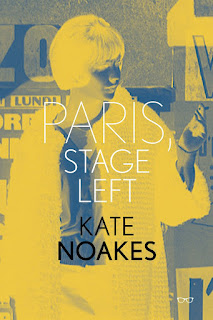 I am delighted to announce that my new book, Paris, Stage Left, is now available from Eyewear .

Review in London Grip  'Yes. What a collection. I am totally convinced. Noakes is a true poet.'

Launches and readings in Paris and London and beyond as follows: 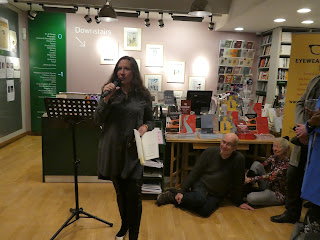 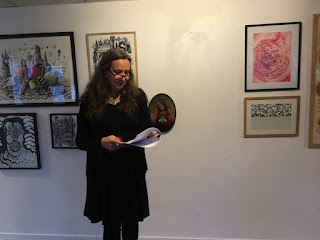 One Thousand Monkeys - The Keep  - Guildford - Monday 7 August 2017, click above for films


What they are saying about Paris, Stage Left:


“Too many little egrets died/for her mother’s plumed hat” writes a poignant poet-observer, Kate Noakes. But matter-of-fact, or wry, or playful with language, her jaunty voiced eye on self or magpies, or guns, or rats, or mushrooms, or men, or ball scratchers—or upon her adopted city of light—Noakes offers concise and petite dramas in her “Paris Stage Left.” When her voice turns lyrical, as in a poem dedicated to Seamus Heaney, we know we are in capable hands, as she calls, “You mistake its knell, it is harbinger/ of urgent words, irresistible.” And we know her to be a darker seer of modernity, as she writes, “Reminder, war isn’t somewhere else.” These are poems to read aloud with faint notes of sarcasm and wit. Do so. And appreciate. As her book concludes, “The word you seek is/ yes.”

Home
Subscribe to: Posts (Atom)
This website is very proud to be
archived by
the National Library of Wales