Bought and read over the weekend - this is Susan's third full collection and it's lovely. There are some of my favourites from recent years here (Under the Blue Ball, Before the Storm, Dictation, Lament for Susie Green - to name but a few) and her new poems are a delight - lots of verbal repartie.

One of the pleasures of work shopping with someone is that when their book finally comes out, reading it is like visiting an old friend.

For everyone else, make a new acquaintance. Buy it from Two Rivers Press here: http://tworiverspress.com/wp/fairs-fair/

You'll be glad you did.
Posted by Kate Noakes at 03:05 No comments: 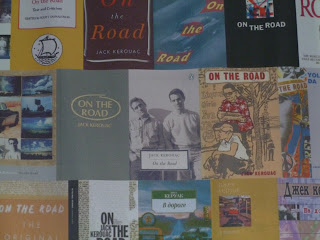 The first film I have actually managed to go and see in France - and a mass Spoken Word outing.  It was much anticipated and had me engaged in all kinds of pre-reading - namely both the scroll and the published version of the novel in the last few weeks. Beat that! 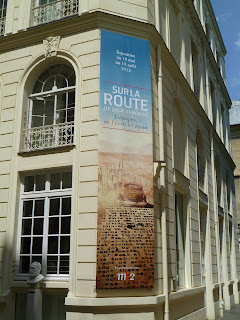 Enjoyable, but less about the journeys, more about the partying and the vast American landscape was zipped through in seconds. I would have liked to have seen more of it and heard more from the novel in the narration, especially the wonderful descriptive passages about America. I don't understand why the script was based on the scroll, but names were from the novel. What drove this choice? We all know who's who, why not just call them by their real names? It's an almost impossible task to make a film from this book, so, fair effort and well worth going to see. Some of the French press I've read hate it, but ignore that and make up your own mind. 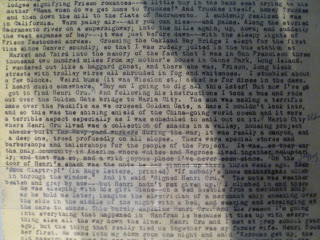 If you want more you can visit the scroll itself at the Museum of Books and Manuscripts where it will reside until 19 August. For details go here: http://www.museedeslettres.fr/public/ 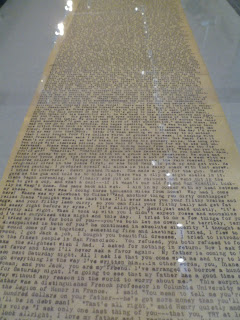 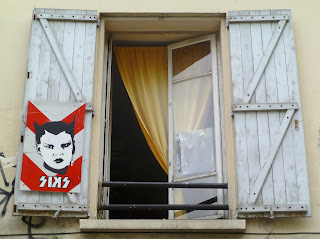 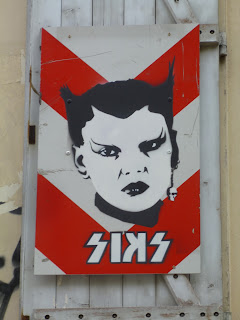 If you would like to hear an hour or so of my recent lecture and the discussion on Philip Larkin, please visit Unstrung Letters here:

You don't have to listen to it all! Enjoy.

A disappointing outing from Tim Burton this one, I'm afraid. Yes the costumes are stylish and there are a few lines of genuinely clever dialogue, but on the whole the Seventies nostalgia/hommage suffers terminally from its weak to totally predictable plot. Johnny Depp can't rescue it, neither can the rest of the stellar cast. Pity, we were so looking forward to it. There is one saving grace in the from of Alice Cooper, who's not looking bad at all. Go if you were a teenager in the 70s and enjoy the music all over again, otherwise wait for Frankenweenie in a few weeks' time.
Posted by Kate Noakes at 03:36 No comments:

Hollande it is then and thanks for the wonderful street party in Bastille last night. It was exciting to be in a crowd of genuinely ecstatic people, no hassles, no aggro, just smiles and cheers all round. We'll have to see if anything changes or whether this graffito that appeared everywhere in the last few weeks is right. 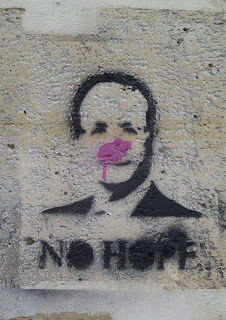 At least one person on Boulevard Beaumarchais is pleased to see the back of Sarkozy and has taught me a new word today, not sure when I'm going to be able to use it in polite company though. 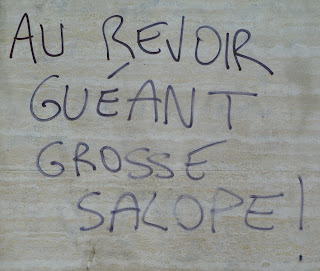 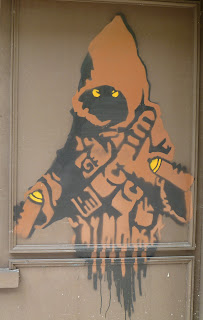 With one eye on the Presidential run-off tomorrow, here are some alternative electoral choices from Rue Denoyez in the 20th. 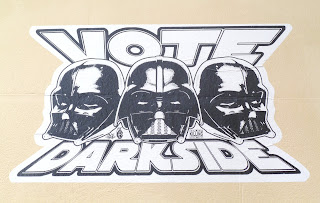 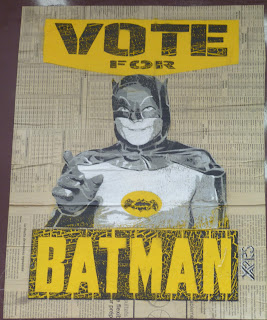 Labels: Graffiti, paris
Newer Posts Older Posts Home
Subscribe to: Posts (Atom)
This website is very proud to be
archived by
the National Library of Wales