OK, so it's not exactly a secret, being slap bang in the middle of Manchester Square behind Selfridges, but what are hidden are some gems of eighteenth and nineteenth century French (Fragonard, Corbet), British (Reynolds, Van Dyck), Spanish (Velasquez) and Italian paintings, some earlier Dutch masters (Rembrandt and co), a lot of Renaissance works, and some of the auctioned off contents of Le Petit Trianon. 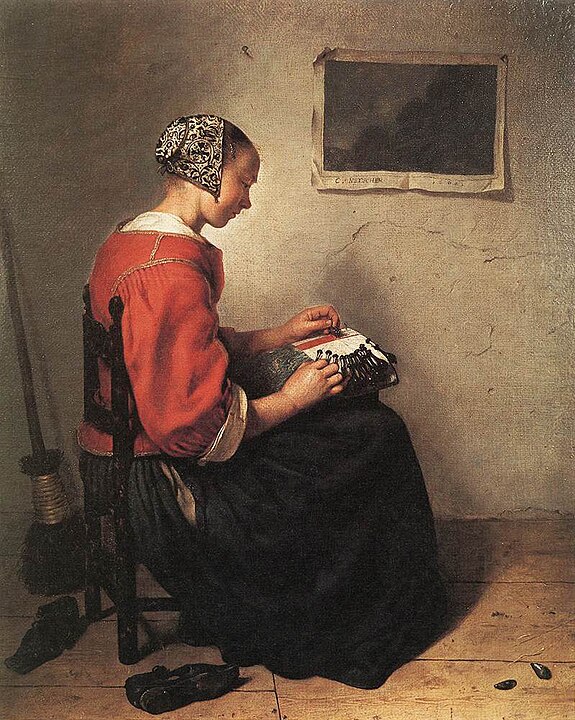 The best way to tackle this confection of gilt bling furniture, objets and art is to wander and let your eye fall of the beautiful things that attract you without letting the sometimes overwhelming wall paper blind you. To my shame I have never been to this fabulous free museum before and I am glad that I have now put that right at my companion's invitation.

The thing that I most wanted to bring home was a Dutch painting called The Lace Maker - no, not that one by Vermeer, but the one by Netscher. I loved her embroidered cap, red jacket and the casual way she has kicked off her shoes. I also rather fancied any one of the collection of portrait miniatures and the gold trinket boxes. Or failing those then I would settle for one of three bronze snakes coiled in their Gordian knots.

I focussed on the art, even when it was badly hung - who puts a portrait above a door frame if it is to be seen? There are some famous things here too, like the Laughing Cavalier, who is not so much guffawing as smirking rather sarcastically, and whose vertical moustache would put the nearest hipster to shame. Plus royal and court portraits by Lawrence, society ladies by Reynolds and Fragonard's The Swing were familiar and surprisingly at home.

This was a rainy Sunday treat, which is more than can be said for our afternoon tea in the courtyard cafe as we had to queue for a table for quite a while, and for the tea for even longer, uncoordinated as it was with the cake appearing and consumed long before my pot of Darjeeling. Best avoid that.
Posted by Kate Noakes at 12:58 No comments: 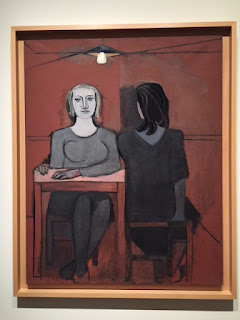 Oh dear - nice commerical fashion photography and one or two surreal photographs that can claim the status of iconic, but really, a whole retrospective? I think not. And probably only because of her relationship with Picasso, and that whole revising the cannon project - fine, if the art merits it, but not here. Take a look at her paintings, watercolours etc. Not good. Not at all. There was one I loved, but only because it reminded me of the diminutive Spaniard. Hey ho. On your head be it if you go.
Posted by Kate Noakes at 21:45 No comments:

Poets for the Planet 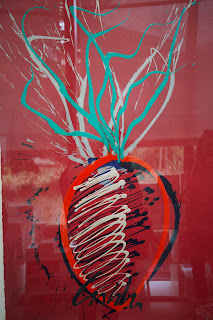 I am delighted to have been part of this all day (February 8th) charity poem-a-thon organised by Poets for the Planet.

The whole thing was live streamed and recorded. My few minutes of glory can be viewed here.