It's all very well going to poetry readings to be entertained for free, but please, oh lovely audience, please buy our books. You will not make us rich, my royalties pay for nothing more than my train fare to visit my publisher, but you will earn our undying love, keep the presses afloat and our art-form alive.

Edward Lear's 200th Birthday exhibition at the Ashmolean was, to be honest, a bit of a disappointment. Not enough Nonsense! But then, the whole point was to show his wonderful illustrations of birds, which are breathtaking in their detail. I just wish there had been more of them. I was much less taken by his landscapes of Italy and Egypt (sketches, water colours and oils) as they are all a bit "Victorian Romanticism of the Orient" for me (see also Roberts, Holman Hunt, Dadd etc.) That's my fault though, not Lear's. He is a product of his time after all and had not read Said. However there is one brilliant oil of an eviscerated tower, which has given me ideas.

I'd have welcomed much more Nonsense as there was precious little of the Owl and Pussycat and those bad Limericks, although hilariously a pin board was provided for visitors to write their own, with the same mixed results. This is not a poetic form that I ever want to dabble in. Someone remind me of that if ever I do.

Hurry if you want to take a peek, it's all over on 6 January. Also, if you want to see the brilliant Pre-Raphaelite paintings you're in for a disappointment as most of the best ones, especially the large canvases by Holman Hunt, Millais and Rosetti, and the Burne-Jones painted wardrobe are all in Tate Britain for a special exhibition, which I toyed with attending until I realised I'd be paying £14 to look at paintings from both museums I can see for nothing any other time.

http://www.ashmolean.org/exhibitions/
Posted by Kate Noakes at 07:41 No comments:

Does my penis look small in this?

In her essay in the current (Winter 2012) edition of Poetry Review[1], Pascale Petit explains that for her there is still a difference between men and women’s writing. That old chestnut. I thought that was a first or second wave Western feminist debate that was long over, done, dusted, buried. I remember writing about it myself over twenty years ago.

There are a few points on which I specifically want to take issue with her. I disagree with the proposition that difference (if indeed there is any) comes from women’s ‘closer relationship with the body and its wonder, shock and messiness’. Not to doubt that women do indeed write from and of the body, there is plenty of that around, I do it myself, but it seems disingenuous to therefore imply that men do not, or worse that the male body is less wonderful, shocking and messy. Take this for example from Matthew Caley’s poem Upside Down:

‘Apparently Ezra Pound would lay at languorous angles on the inevitable chaise-longue
-          feet up, head down – believing as he did
that so prone his seminal fluid would flow from his testicles to his forehead, thus energising
the brain...’[2]

or Chris Meredith’s worrying visit to the doctor, You were right to come:

Definitions blur.
I become earth
the ridge of me this mountain
its lesions breathing poison into air.’[3]

Next is her implication that there are female subjects or themes, territory where men seldom tread. Granted men may not write too many poems about getting their hair done, but many write about other so-called ‘female’ concerns. For example take Michael Longley’s delight at the first visit of his grandson in The Leveret:

‘A bumpy approach in your father’s arms
To the cottage where, all of one year ago,
You were conceived, a fire-seed in the hearth...

Tomorrow I’ll introduce you to the sea
Little hoplite...’[4]

or Philip Gross’ far travelling Fantastia on a Theme from IKEA:

‘We could see ourselves in one, these half-a-rooms
of dolls’-house lifestyle, life-sized (books on the shelves
in Swedish)....

And I have not had to hunt for these examples, they all come from recent books waiting to be properly shelved in my library. They are from contemporary writers I have read in the last year or so. They are current and now. Of course one could tit-for-tat this debate until one falls over with exhaustion. As Petit, in welcoming plurality, herself acknowledges, for many gender is not relevant to their craft. Here here.

Rather I propose something more profitable in potentially making such distinctions and which Petit starts to explore in the case of contemporary Chinese poetry: that is the relevance of the question outside the relative comforts of the West. I would certainly like to know more about and understand whether it is prescient in cultures and literary traditions where for, say, the mutilated, black-clothed woman, the notion of female equality might still be a sick joke. If someone could point me in the right direction on that, I’d be grateful.

Today I learned with great sadness that Irish poet Dennis O'Driscoll has died. I heard him read but once. I met him but once, at Aldeburgh four years ago. It was late in the evening and the book stall was finally quiet enough for me to browse and decide where to invest some prize money I had won in a poetry competition. His huge book of conversations and discussions with Seamus Heaney, Stepping Stones, had not long come out. I decided on that. As I looked up to hand the book seller my hard won cash, there was Dennis. He signed it immediately, told me a little of its genesis and congratulated me on my writing. What a generous man. He will be much missed I'm sure.
Posted by Kate Noakes at 06:08 No comments:

The first workshop of 2013 will be on 6 January at 12h30 until 14h30 in the library at Shakespeare and Company. The theme is THE CITY and there will be lots of writing prompts and suggested exercises for writing about cities and their contested spaces. See you there!

A rather eclectic exhibition, meaning wide ranging and somewhat illogical, but nonetheless interesting. Of special note are the Nazca mummies, which I have never seen before and the shrunken heads. Not exactly for the faint hearted.

However the most shocking and moving things were the tonsuring of so-called women collaborators at the end of the war. I like to think they had done nothing more heinous than fallen in love. Capa's photographs were familiar, but the film footage was truly shocking: laughing crowds including children, women being beaten and one with blood running down her face where she had clearly been punched. Shameful stuff that needs to be seen.
Posted by Kate Noakes at 04:27 No comments:

Of course, if you meant to see the Bohemian exhibition, this is not the right place to go. No matter. We enjoyed this one just as much, all the more for a two for one offer care of my visitor's Eurostar ticket . I shall watch out for that again. Amazingly no queue to speak of at 3pm on a Sunday.

So, Renoir(could have done without quite so much of him, but he is a pet hate of mine), Manet, Monet, Tissot et al,  mainly portraits, mostly the famous ones, and costumes - fantastic.

Apart from wondering whether all women in the nineteenth century were suffering from severe malnutrition or a surfeit of corsetry, it was great to see so many beautiful gowns. There are some fabulous blacked beaded numbers with amazing pin tucking and pleats that I could actually see myself wearing if, of course, I was suffering from malnutrition or a surfeit of corsetry.

Ideally the blue velvet and wool gown with a long pocket next to the bustle for a fan or parasol is clearly something that needs to come back into fashion immediately; so very useful for an ipod or whatever. Mostly I wanted to take home the cream silk parasol with black lace covering and several pairs of silk shoes. Another day...

One of my tattoo poems appeared on the Poetry Advent Calendar here last Saturday 15 December:

My Christmas cake poem appears on this site under today's date;

http://greatbritishbardoff.blogspot.co.uk/
Posted by Kate Noakes at 10:22 No comments:

Anyone who has looked beyond Cape Town’s tourist traps will smile in recognition at these closely observed poems about the city and wider environs.
A five-month work stint in early 2011 proved a fruitful time for Welsh poet Kate Noakes, whose third collection this is.  Her subversive eye found rich resources in the place, its past and present politics, and life.
Poems range from ‘a yard of silver’ snoek to the ‘Green and yellow blanket man’ begging aggressively in Long Street, from hadedas ‘plagued with smoker’s cough’ to quagga and zebra ‘bar-coded for its foals to find home’, from forced removals to fracking and HIV transmission.  Noakes employs a deft touch, vivid imagery and frequent humour.
This elegantly printed hardback is an empathetic, thought-provoking invitation to view our city with fresh eyes.
Sarah Rowland Jones

A generous and very kind review of my new book, Cape Town, by the lovely Lesley Saunders is available here for your reading pleasure. Definitely cheered up my day.

http://toddswift.blogspot.fr/2012/11/guest-review-saunders-on-noakes.html
Posted by Kate Noakes at 07:54 No comments:

Eighteen, a new poem of mine, appears in the latest edition of Prole (9). 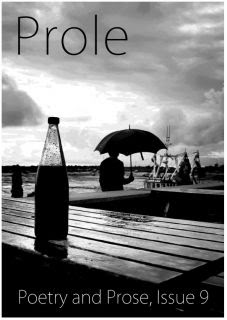 Please go here to buy a copy of this great magazine http://www.prolebooks.co.uk/
Posted by Kate Noakes at 08:24 No comments:

A drop-in workshop led by Kate Noakes on the first Sunday of every month at 12h30 - 14h30 in the Library at Shakespeare and Company. It is open to everyone, beginner to prize winner, and is designed to get you writing prose and poetry. Kate provides ideas and writing prompts on a theme each month. It is not a feedback workshop.

Kate has an MPhil in Creative Writing from the University of Glamorgan, has published three books of poetry and has taught creative writing for Oxford University. She is presently working on a novel.  The workshop cost is 10 Euros. All you need to do is bring is writing equipment and something to lean on.

parislitup.com
Posted by Kate Noakes at 08:15 No comments:

My poem Tattoo in Winter will appear on the Poetry Advent Calendar on 15 December. Why not visit everyday until New Year's Eve?      http://poetryadventcalendar2.blogspot.co.uk/ 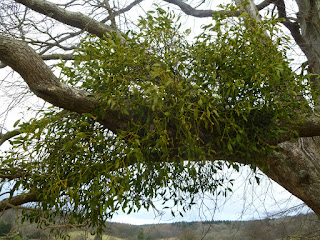