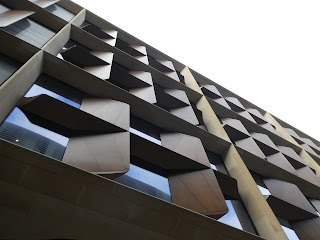 A month or so ago Bloomberg opened its new billion pound building in the City. It has been carefully built over the remains of a rare piece of Roman London, a temple to Mithraeus. An experience has been created, but this is not a cheesy affair in the slightest. 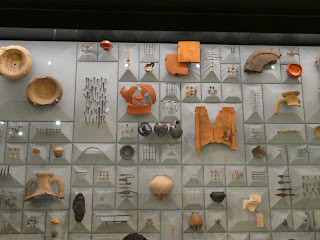 Some of the 600 finds are artfully displayed. The rest, including the key find - the bust of Mithras -  are in the Museum of London. Ipads are on hand to describe to the exhibits. These are well worth lingering over, especially the wooden tablets, one with first time Londinium was written, and another being the oldest piece of Roman writing in Britain, and funnily enough an IOU between two freemen. 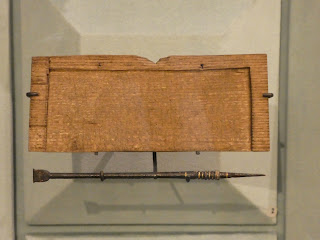 Downstairs there is an interactive display voiced by Joanna Lumley.

Downstairs again, at timed intervals, hence the need to book a ticket, is the temple itself. You enter in the dark. Its slowly revealed clever lighting and subtle smoke effects, along with the soundtrack of voices and chanting, attempts to create something of the cult experience.

It's mysterious and slightly shivery, and was just the perfect thing to explore on a freezing day. 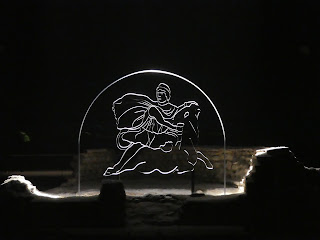 The location specific irony of the men only Mithraeus cult, based as it seems to have been on rather a lot of feasting, should not be lost on anyone.

To get your glimpse, book a litter to Walbrook. No denari required.
Posted by Kate Noakes at 02:27