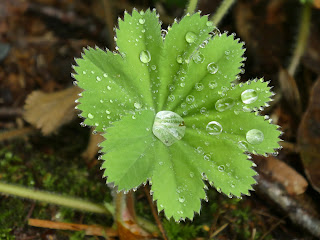 My car tyres crunch on the slate chips in the car park. I open the door and breathe in some sweet Welsh air. It’s raining, that fine rain that has you soaked in minutes. No matter, no-one comes here for the weather. Any sun and sitting in the garden this week will be a bonus. I lift my case and book bag from the boot and trundle down the path towards the front door of the large stone built Georgian house. There is only bird song to greet me until I swing open the office door and say hello. I am greeted warmly.

I’ve arrived a few hours early, as is my habit to take the early road across half the country, so I am offered my choice of rooms. This week I fancy Lloyd George’s bedroom. I’m not afraid of ghosts and the fact that he died here bothers me not a jot. It’s a huge room and I have it to myself. It affords me a view of the front garden with its herbaceous borders, pebbled path and imposing wrought iron gates beyond which is the wooded drive.

I unpack, wander down to the kitchen to make myself tea, and mug in hand I refresh my memory of the layout of the house, standing and staring at various spots; the library with its weird acoustic, the dining room, and garden, which in the still damp I take a proprietorial tour around to the end gate and its uplifting view over the fields to the sea in one direction, and to Snowdonia in the other. I turn back to look at the white painted rear elevation of the house, picking out the stages of building from the various shiny slate roofs and glass extension. My tea is a drinking temperature now. A true refreshment. I retrieve my notebook and pen, then settled in the back porch wrapped in a throw, I start writing. 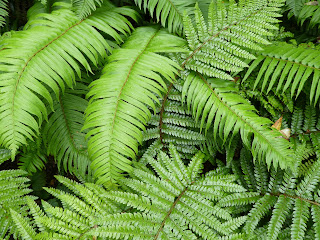 I have been attending courses at Ty Newydd for nearly fifteen years. In that time I have had the pleasure of being taught, encouraged, supported and promoted by major poets, Welsh and otherwise – Gillian Clarke, Carol Ann Duffy, Jo Shapcott, Daljit Nagra, and Robert Minhinnick to name just a few. It was only after my very first course there with Gillian and Carol Ann that I had the confidence to apply to do an MPhil in Creative Writing at the University of South Wales. As part of that degree we also attended Ty Newydd for a weeklong workshop where I was taught by Sheenagh Pugh, Tony Curtis, Philip Gross, Des Barry, and others. After graduation, I attended the workshop as a fringe member, using the opportunity as a writing retreat.

I have been a long-standing supporter of Ty Newydd. It is my home in Wales. I am 55 now and very far from retirement. My writing is nothing like a hobby. If poetry could give me a living, I would certainly be doing it full time. In the last decade, since Carol Ann wrote “Brilliant!” on one of my poems at Ty Newydd, I have:

·      published over two hundred poems in various magazines,
·      had six collections of poetry published (the next one is out in 2018), one of which was reviewed in the PBS magazine, and all of which have had good reviews,
·      been widely anthologised,
·      read at countless festivals and poetry evenings in the UK and France,
·      won poetry prizes,
·      founded a literary association in Paris that runs workshops, open mic nights and publishes a magazine, Paris Lit Up, for which I edited the poetry,
·      taught writing workshops for Oxford University and the Poetry School,
·      been elected to the Welsh Academy of Letters, and
·      had my website archived by the National Library of Wales.

Would I have had the chutzpah to do all of this without the confidence in my work and path given to me at Ty Newydd? Most probably and resoundingly not.