Shameful though it is, I have never darkened the door of La Maison de al Poesie until now, which is of course ridiculous as it's just ten minutes from my house, but that's largely because they have few anglophone guest writers - surprisingly enough this is France - and I can only just about cope with bi-lingual things. 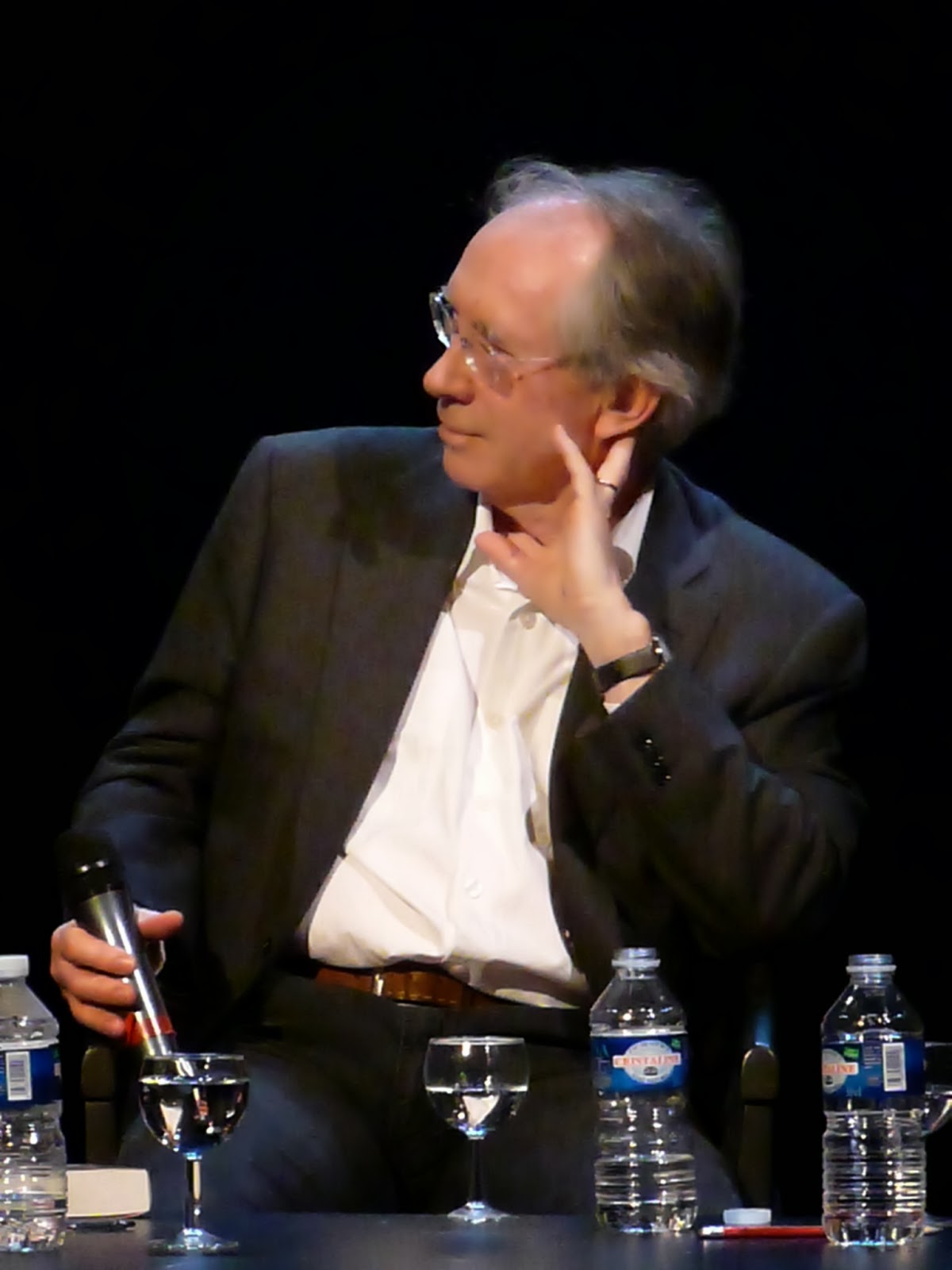 Ian McEwan was in town last night to promote his newly translated latest novel Operation Sweet Tooth or in French, Operation Sweet Tooth (acute accent on the e in operation), which, as you can guess by the title, is a spy novel. a genre he has written before and might again. In response to a question (from me) he explained that emersion into the genre involved reading Somerset Maugham and Le Carre (acute accent on the e) in order to learn and follow the conventions. On Le Carre he hopes that he will be considered a major literary novelist eventually and gave a lovely vignette of him when working at MI5 and never being sure of whether his colleagues were brilliant or totally stupid.

The novel is set during the Cold War, a period in time, he thinks has become sufficiently contained by its effluxion in order to be written about in the way he does. Little of the plot was given away, and certainly not the ending, instead McEwan talked about the activities of the CIA. The agency was paradoxically funding culture, like concerts of A-tonal music in Paris, the Boston symphony orchestra and exhibitions of abstract expressionism, in order to have free and open culture, whilst at the same time the Soviets were busy elevating the importance of writers by incarcerating them. 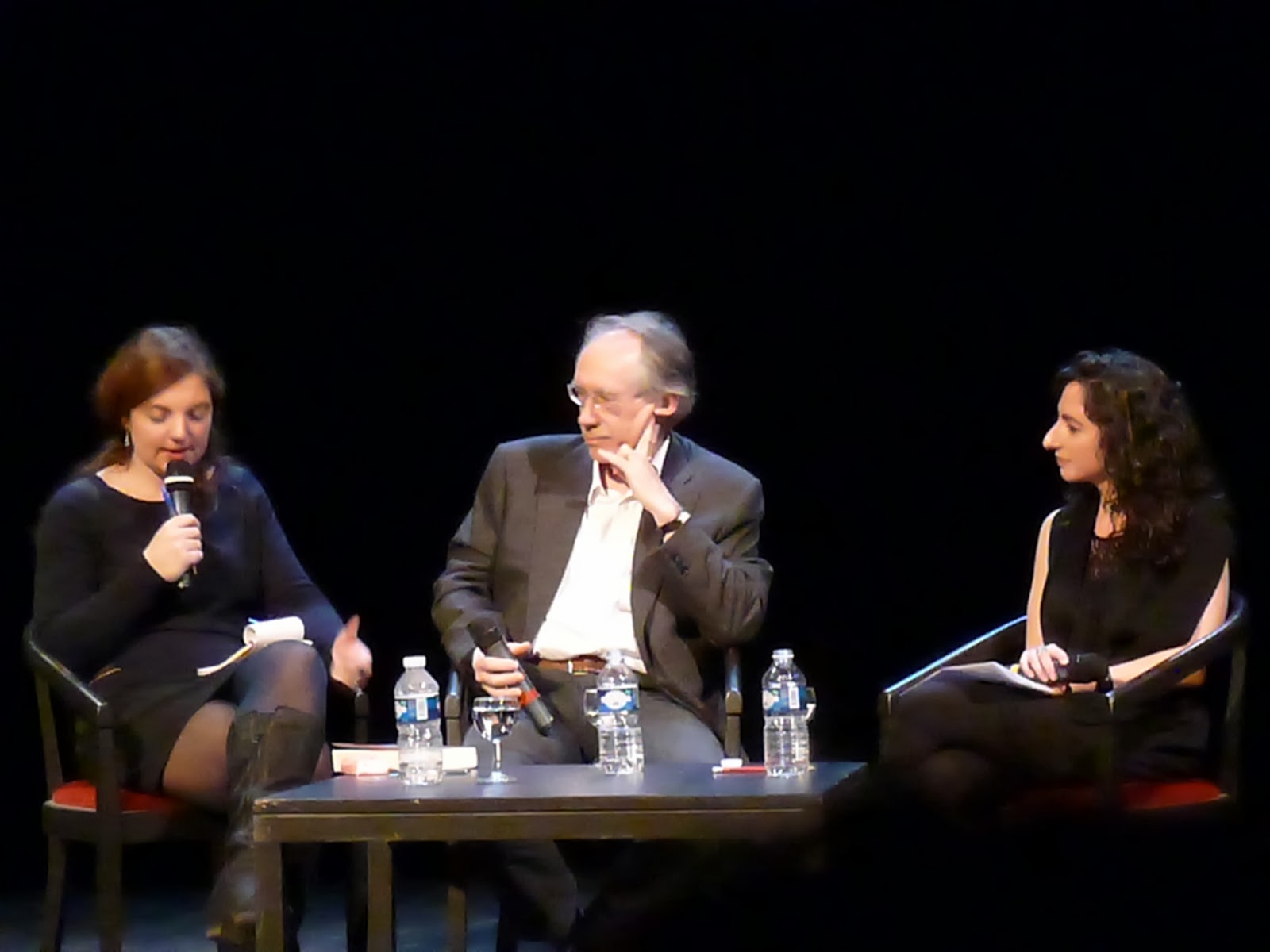 For McEwan Orwell is the most effective anti-totalitarian writer and Animal Farm and 1984 are the most eloquent writing in this cause.  He went on to question our love affair with irresistible and addictive machines, which have the capacity to change human consciousness and give us two enemies, the state and ourselves, as we are becoming more vulnerable to being watched and listened to, and which have banished our capacity for solitude. These are the kind of machines of which Orwell never dreamed.

Sound bites to take away and chew over:

I don't create literature, I am the inheritor of literary tradition.

In a free society, writers should be free to do what they want.

Writers are spies - we all try to read each other all the time and control our own narratives.

History is the construction of narrative.

To the question as to whether McEwan reads poetry, he replied that the poets he reads most are Auden and Larkin. Nothing contemporary then, which rather disproves his claim to be an avid reader of the form. Pity, but an interesting evening with a writer whose work I much admire.