Recent art shows round up

It's been a busy winter and start to spring. I've been away and otherwise had my head in my computer writing a book. I have still been looking at art, but without the time to write about it. So here's a whistle-stop round up of the shows I've seen since Christmas. 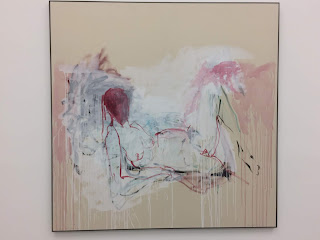 Generally excellent, except that I didn't really go for the large bronzes. Mainly paintings here on difficult and unsettling subject matter- abortion and the death of her mother. I enjoy her paintings. Their fluidity and confidence of gesture is impressive. And they are more lovely to look at and less obvious than Kahlo on the same and similar subjects. The roomful of insomnia photographs rang a very large bell with me. Oh, for a decent night's sleep. 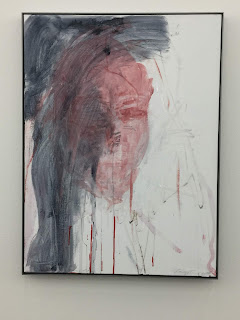 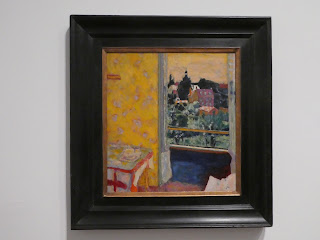 Big blockbuster bore. Snoringly dull subject matter that viewed with twenty first century eyes is just not interesting, no matter how ground breaking it was at the time. I don't want to see the garden from your dining room, and despite the many times your wife takes a bath, there's really no excuse for painting her, every, single, day. Also, you can't paint dogs and cats for toffee. Don't even try. BUT you can do colour, colour, colour, colour. The master of complementarity. No contest. 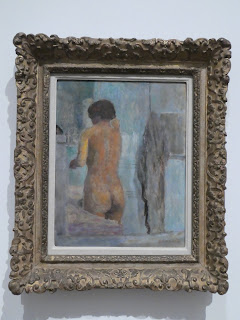 Fabulous and wonderful as always. I just love his videos. Technology moves and he just gets better and better. Paired in this show with rarely seen and complimentary/influential drawings by Michael Angelo from the royal collection at Windsor, this was the best way to spend a cold Sunday than just about anything else I know. I took a novice who immediately became a convert. Bliss. 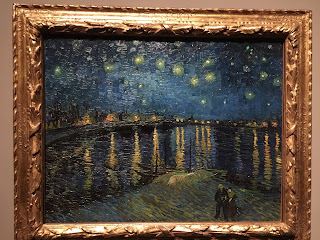 Blockbuster two - yeah, all the greatness you expect. Tortuous conceit of trying to make it something about the years he lived in south London before he became a painter. Throwing in of British art he supposedly influenced - hmm. The Bacons in the last room were a joy. Crowded beyond measure, etiquette and politesse. But it's Van Gogh, and At Eterity's Gate with Willem Dafoe is a must see film while I'm on the topic.