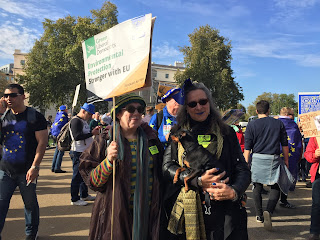 I hope the government wakes up a takes notice before someone dies from lack of vital medicine. Something must be bad if I take to the streets, but at least I can tell my grandchildren, I tried to stop it.
Posted by Kate Noakes at 12:23