Why I'm not going back to the Globe 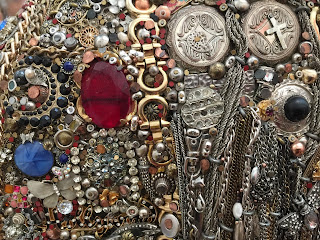 What heresy is this? Well, yes. And I'm not exactly sorry. Over the years I've enjoyed the close-as-we-can-have-made-it recreation of Shakespeare's Globe many times. Indeed when I was studying for my second degree in English, one of my Professors, Andrew Gurr, was a consultant to the building project. He gave us fascinating updates on progress, so I've always felt a kind of tangential, or at least vicarious, ownership.

But I've had enough. There are plenty of things I could moan about, so I'll limit myself to the most annoying. First off the sound, or rather lack of it. I realise that projecting to the gallery across the yard is difficult, but you are actors, damn it, and some of you are so much better at it than others. In this last week's visit to A Winter's Tale, I could not hear some of the younger members of the cast. Yes, I know it's open air, and there are many helicopters flying overhead, but I still need to be able to follow the beautiful words, or else it's all dumb show. Please, please work on this. 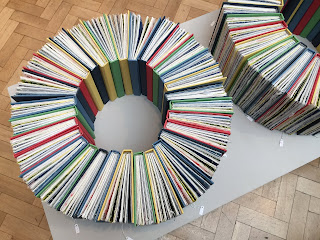 And stop gabbling. I know you are under pressure not to test the audience's patience by being too long about it, but the need to get through the play as quickly as possible does not do anyone any favours. Several of the cast where speaking so fast that I could barely keep up, and I am familiar with the play and used to listening to Elizabethan English. The result here is that where the plot relies on explication given by the minor characters, as it does in this play, not only can I not hear them, they are so rapid as to be tripping over the words. Even worse, all the best jokes were lost. The one about the dildo, especially.

Note: for gawd's sake take your time. Shakespeare's plays are long. They are meant to be a whole afternoon's entertainment. If some of the audience can't cope with that then, frankly, tough, and go and see a West End musical.

And finally, not that the Globe can do anything about this, but, audience, please, what on earth are you laughing at? Read the play beforehand and realise that the first part is a deep psychological drama and is serious, before it turns into a romance that resolves itself with a happy ending. In the past, this has meant it was referred to as a problem play. It might be difficult, but it's not a bloody pantomime.

I think many visitors to London take in the Globe as ticking off another sight on their list of to dos. That is obvious by the fact that the yard partly clears out at the interval. I just wish they' be better prepared, as constantly trying to find something to laugh at spoils things for others.

Call me Perdita then, as I am fed up with the Globe trying to please everyone and ending up pleasing no-one. I want my Shakespeare considered and audible, so I'm going to stick to the National and the RSC, thanks all the same.
Posted by Kate Noakes at 07:26