Anslem Kiefer at the Pompidou 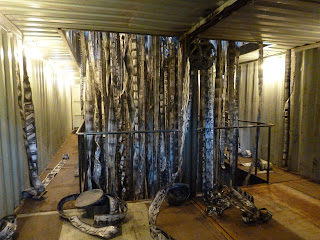 Kiefer’s work is always monumental. That’s why one piece of stacked shipping containers, filled with unfurling rolls of photographically imprinted lead, takes up more than a floor’s height in the atrium of the Pompidou. It’s why this show of 150 works goes on for room after room, some containing as few as three canvases, such is the scale. 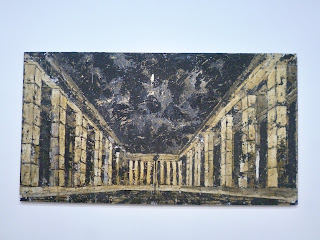 Wear sensible shoes and don’t expect to be able to sit down very often. This is a marathon, but a very worthwhile one. It’s a huge and impressive survey of his work and certainly bears more than one visit to take it all in. I particularly enjoyed the vast landscapes and architectural paintings, and the installations behind glass. 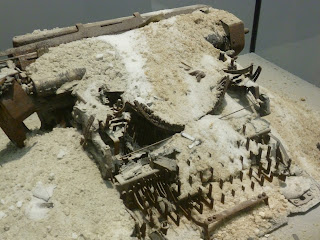 The early rooms deal with the German past, including the Nazi uniform paintings which first brought him to attention. Later a recurring motif is the snake, which slithers its way from painting to sculpture and back again. 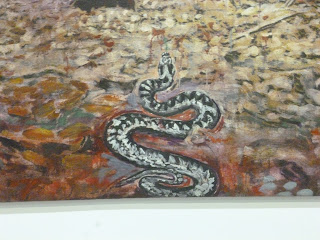 Much here is narrative, including books incorporated in paintings and painted books, and it is fertile ground for letting your imagination run riot. Make up your own stories, while admiring the muscularity of the paint work, even flowers have a thickness and strength that command one’s attention.
Posted by Kate Noakes at 00:42