Indigenous Australia at the British Museum 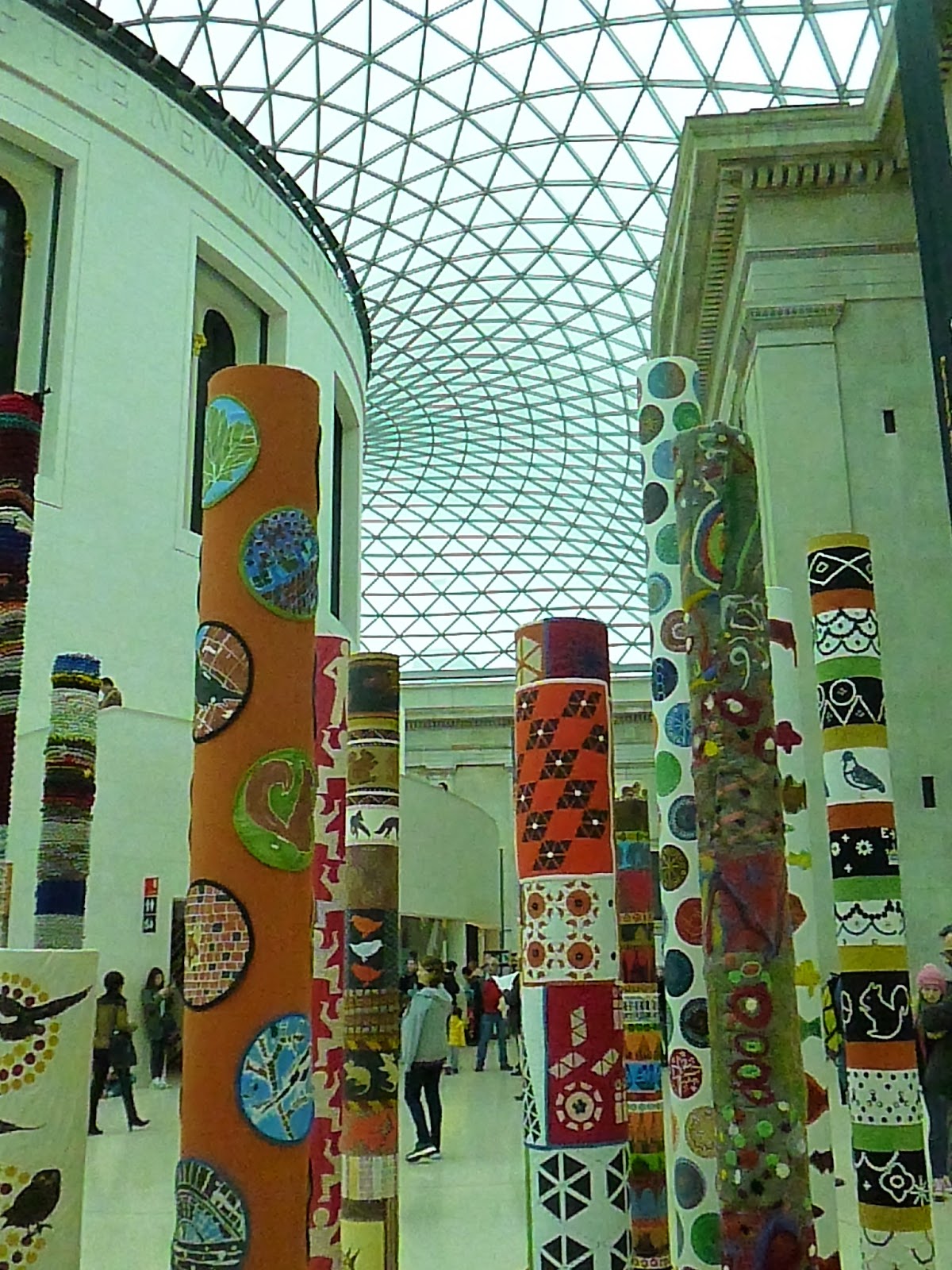 One of my abiding childhood memories from the three years we lived in Australia is buying a long tailed lizard from the aborigine boy who whittled and polished it. I have packed and taken it right around the world several times and it sits in my cabinet of curiosities still. I don’t recall on which trip out into the bush this was, or even where, beyond the safety of suburban Adelaide, we were, but I do remember the boy’s rough hands and his toothy smile and thinking how very different his life was to mine. 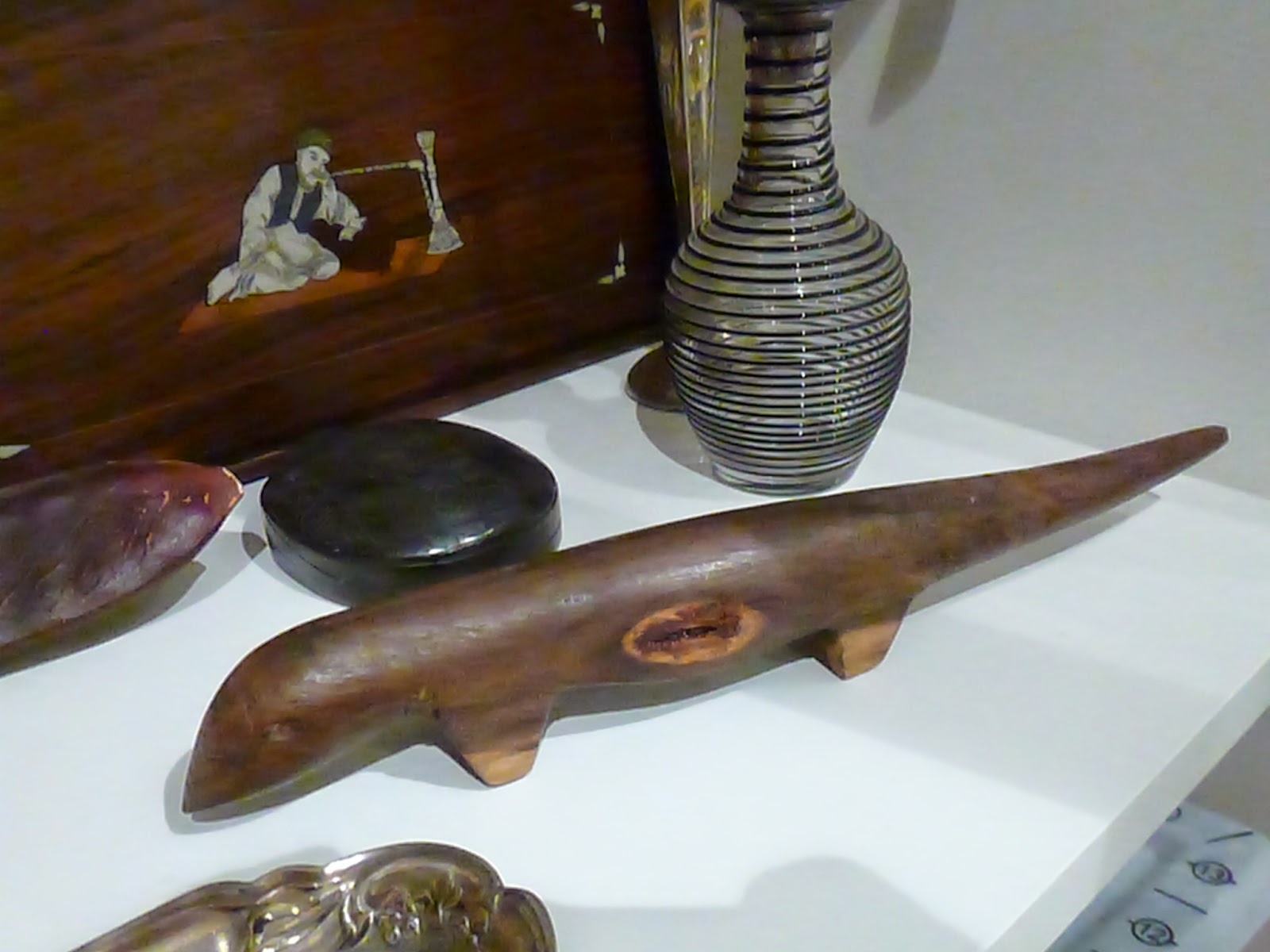 No surprise then that this newly opened exhibition at the British Museum was a must see for me. It is packed with interest, but not quite as extensive as I would have hoped. I would have liked many more paintings rather than the few representative examples. That said, what is there is, is magnificent, even if I do need the legend for their deciphering. Perhaps it is not so curious that I lack the cultural knowledge to tell digging stick women from the Rainbow Serpent or the tracks of a King Brown.


Beyond the paintings, there is much to learn from the artefacts on display. Things I did not know included the number of different types of boomerang there are, the purpose of a biting bag and the existence of a honey gathering hook. There are cross shaped boomerangs for hunting flying foxes. The biting bag or spirit bag is for male use in mortuary rights and initiation, bitten to access spiritual powers. It contains feathers, plant fibres and other objects. The honey gathering hook is used to collect flowers from grevillea trees. Fascinating and each object very beautifully made for its given purpose. 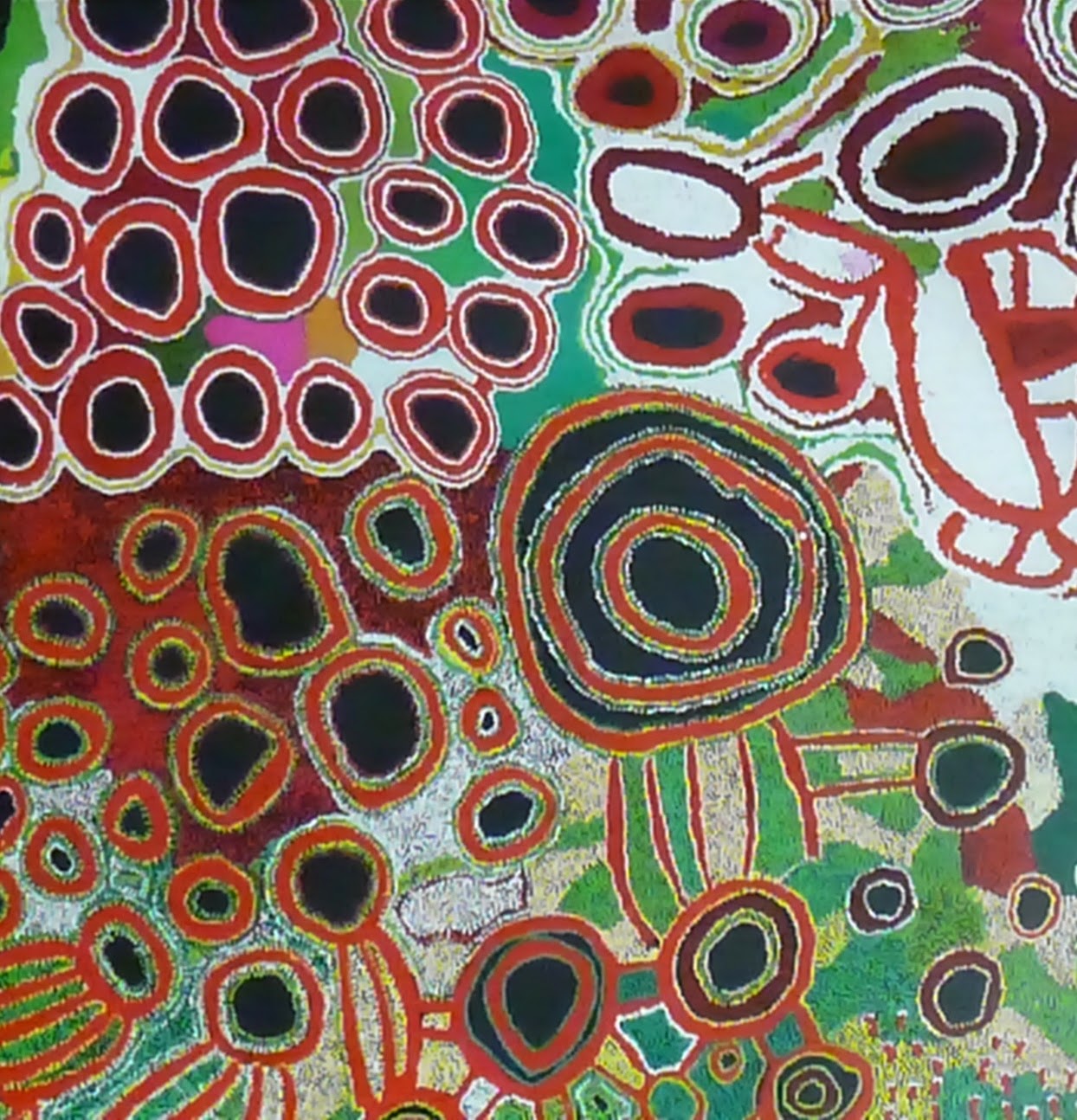 The exhibition tells the story of the oldest continual communities on earth and of their relationship to country, but is misses crucial things. There is mention of aboriginal populations being decimated, but their being hunted to near extinction for sport by the British in Tasmania is side-stepped. The lost generations of forcibly removed children put up for adoption by white families, a policy which shockingly was still going on into the 1970s, are mentioned, but only briefly, as is the current matter of land rights. I would have expected a great deal more of these narratives to take us beyond objects, or rather, to give them fuller context.

Casting around for the most beautiful things, I was taken by the collection of exquisitely fashioned spearheads made in the 1930s from coloured glass bottles, telegraph pole insulators and stone. So much careful work for one throw of the spear at kangaroo bone. Check it out yourself, but be warned, the rooms are very hot, like the red earth country from which these treasures come.
Posted by Kate Noakes at 12:47