Ai WeiWei's photographs opened this week at the Jeu de Paume. Unbelievably the first important exhibitions of his work in France. 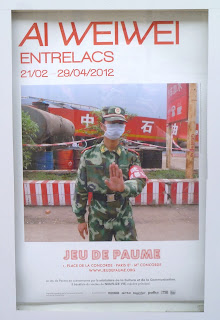 Interesting selection of his documentary work, including the now iconic triptych, Dropping a Han Dynasty Urn, and the Fairytale Photos. I especially liked Study in Perspective, which is Ai giving the finger to cultural and political institutions, and the selection blog photos which are shown digitally on multiple screens. It takes the eye a little while to get used to the multi-changing images, but once you're in the zone its vivid way to see the work. 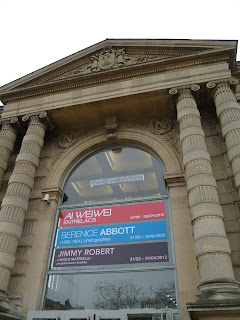